Known to locals as the beach that divides North Cape from South Cape, Stumphole is a hidden gem where you can go fishing, swimming, or enjoy a unique walk down the beach. Located on the South side of Cape San Blas Road, just before reaching the roadside sea barrier of rocks on the left if you’re heading onto the cape, Stumphole is accessible by parking along the road before the rocks and walking through a short sand path through the underbrush. Here, you can check out a beach full of stumps and palm trees. Small natural ponds line the beach under twisted pines, and other hidden gems await along the beach as you walk. On this beach, stronger currents often leave large, heavy shells along the beach to find. You may even see some Seashell Palm Trees or come across the shipwrecked Donna Kay if you walk far enough! 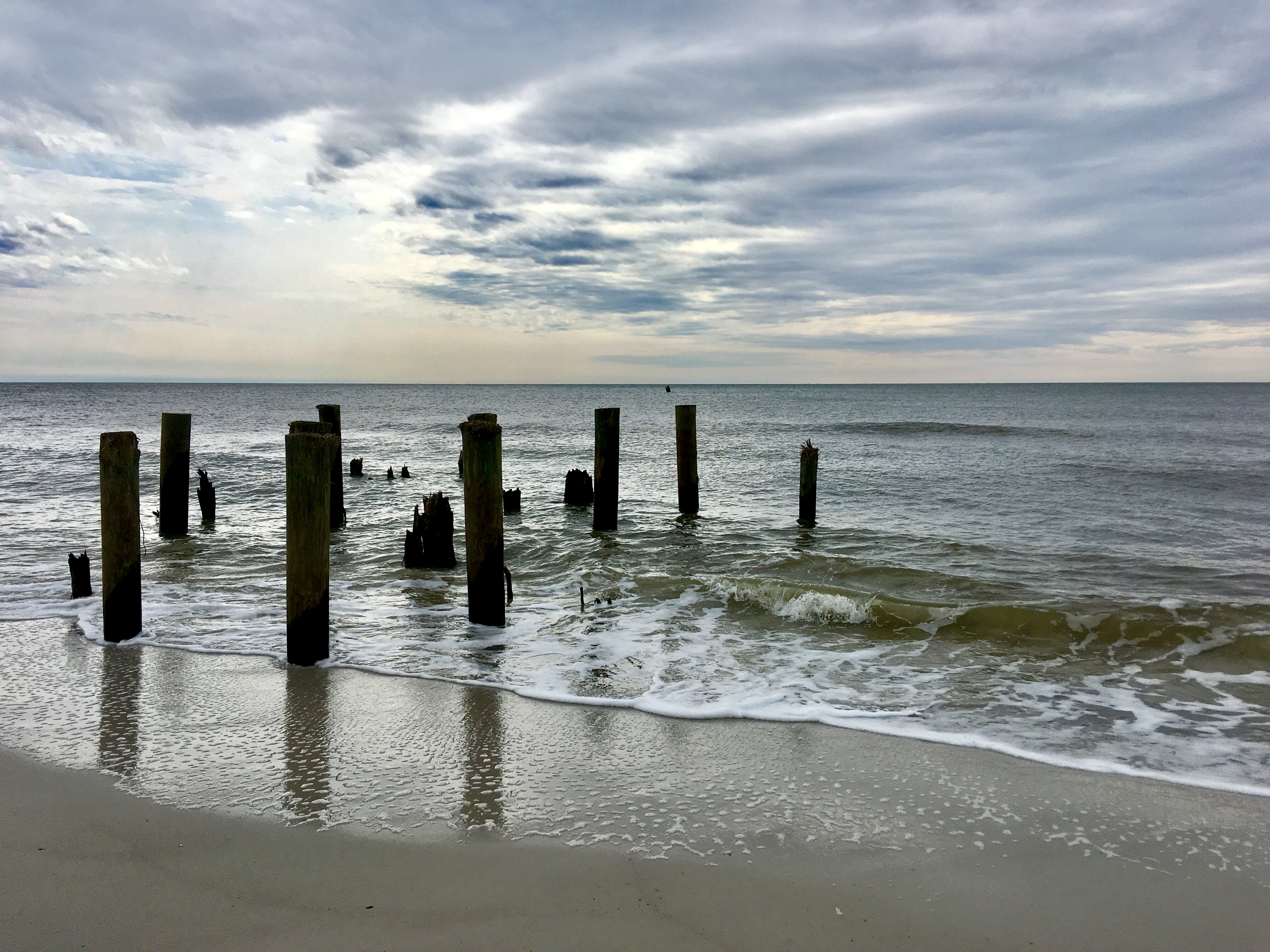 Just before the October 2018 hurricane Michael hit the Gulf of Mexico, The Donna Kay shrimping/tug boat ran ashore on the Southern tip of Cape San Blas, a little over a mile south from Stumphole. In the storm the ship was pushed farther onto the beach, and despite attempts by the ship’s owner to recover the vessel, a year later it was still stuck on land. The ship became something of an icon to those who heard about it. Onboard are the ship’s logbook, rations, shrimping nets, and captain’s quarters, offering a unique look at a small modern shrimping boat for those who venture out to the ship. 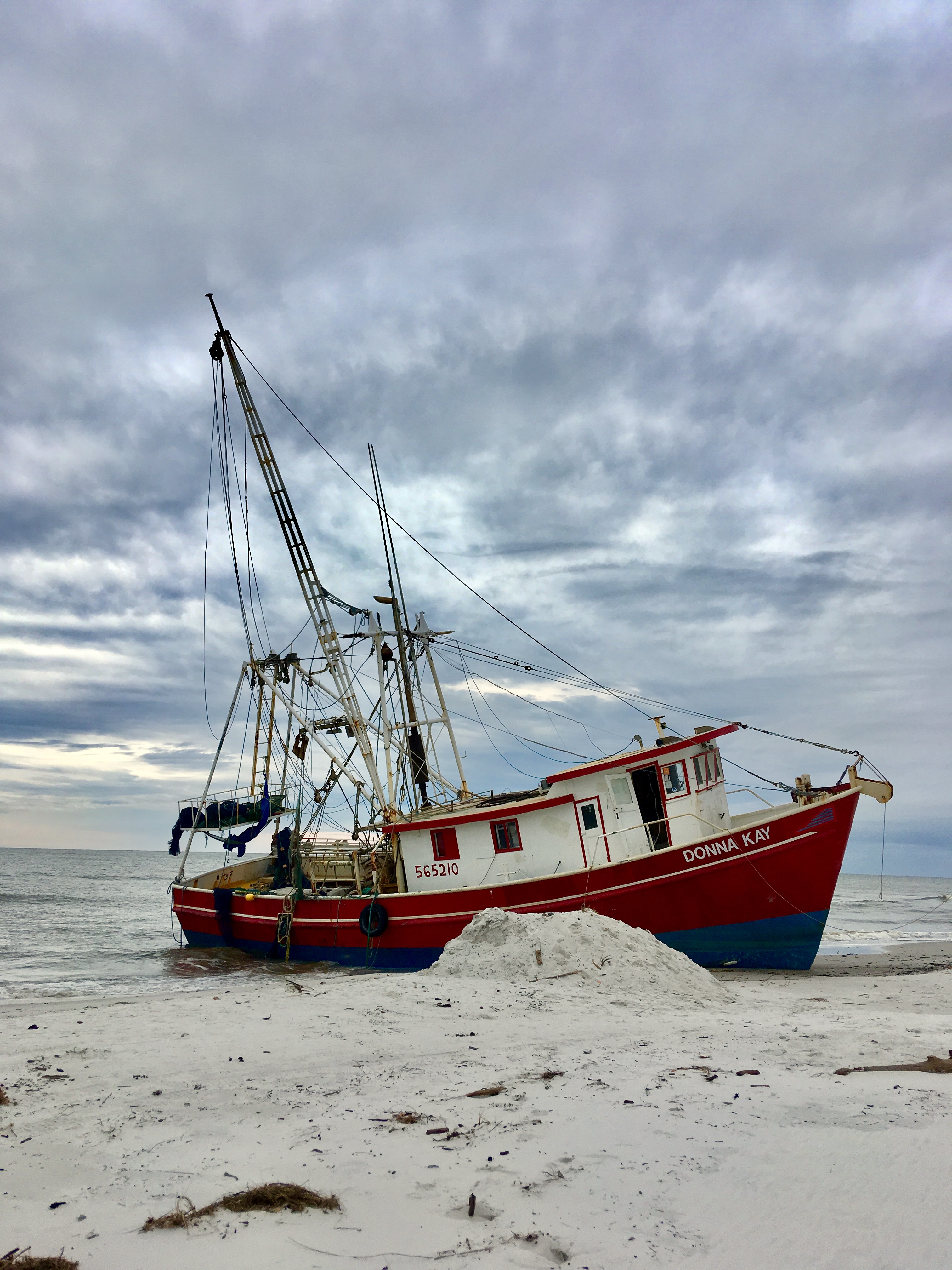 This historic landmark use to guide ships safely to harbor on Cape San Blas, and has since been moved to George Core Park in Port St. Joe, just off the cape, for safekeeping. Its history dates back to the 1800’s when congress first approved a lighthouse to be built on Cape San Blas for $8,000. Though the original lighthouse has since been replaced and the structure has seen many changes, the history remains an integral part of Cape San Blas. 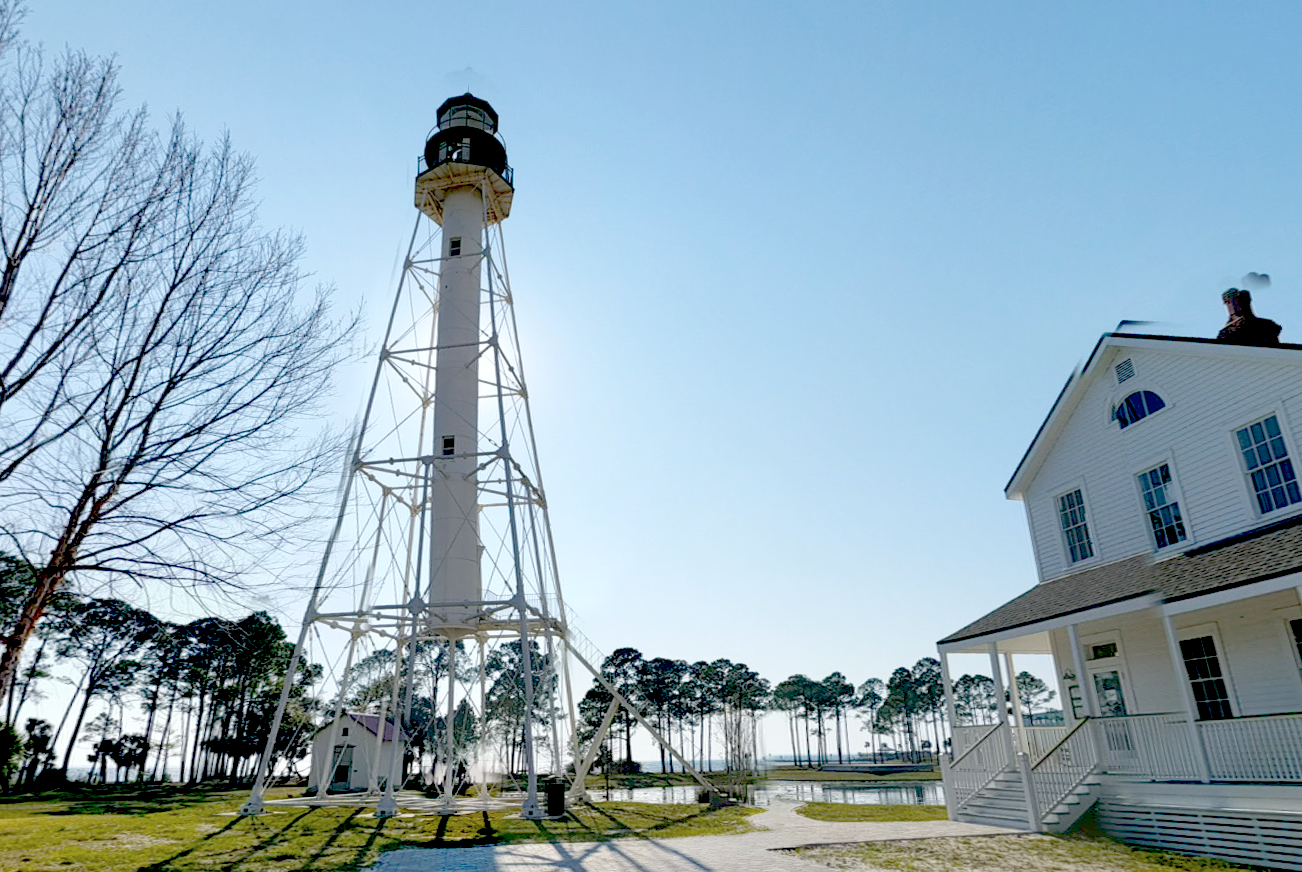 Shells often wash ashore with cracks and holes, battered by the waves, and sometimes along the coast you’ll find special palm trees that have been decorated by passers-by. These trees are always fun to see and add your own shell onto! If you’re lucky you can spot several! There are many along the stumphole beach, but that’s not the only place you’ll see them. Though more rare, you may also find a seashell palm tree along the main Cape San Blas beach. After hurricane Michael, a root clump washed on shore near Rish Park on the beach, and visitors and locals decorated the “tree” with ornaments made from found objects: shells, seaweed, leftover debris from the storm, and personal tokens like dollar bills and crafted objects. Next time you’re on the beach, be sure to keep an eye out for these unique decorated seashell palm trees! 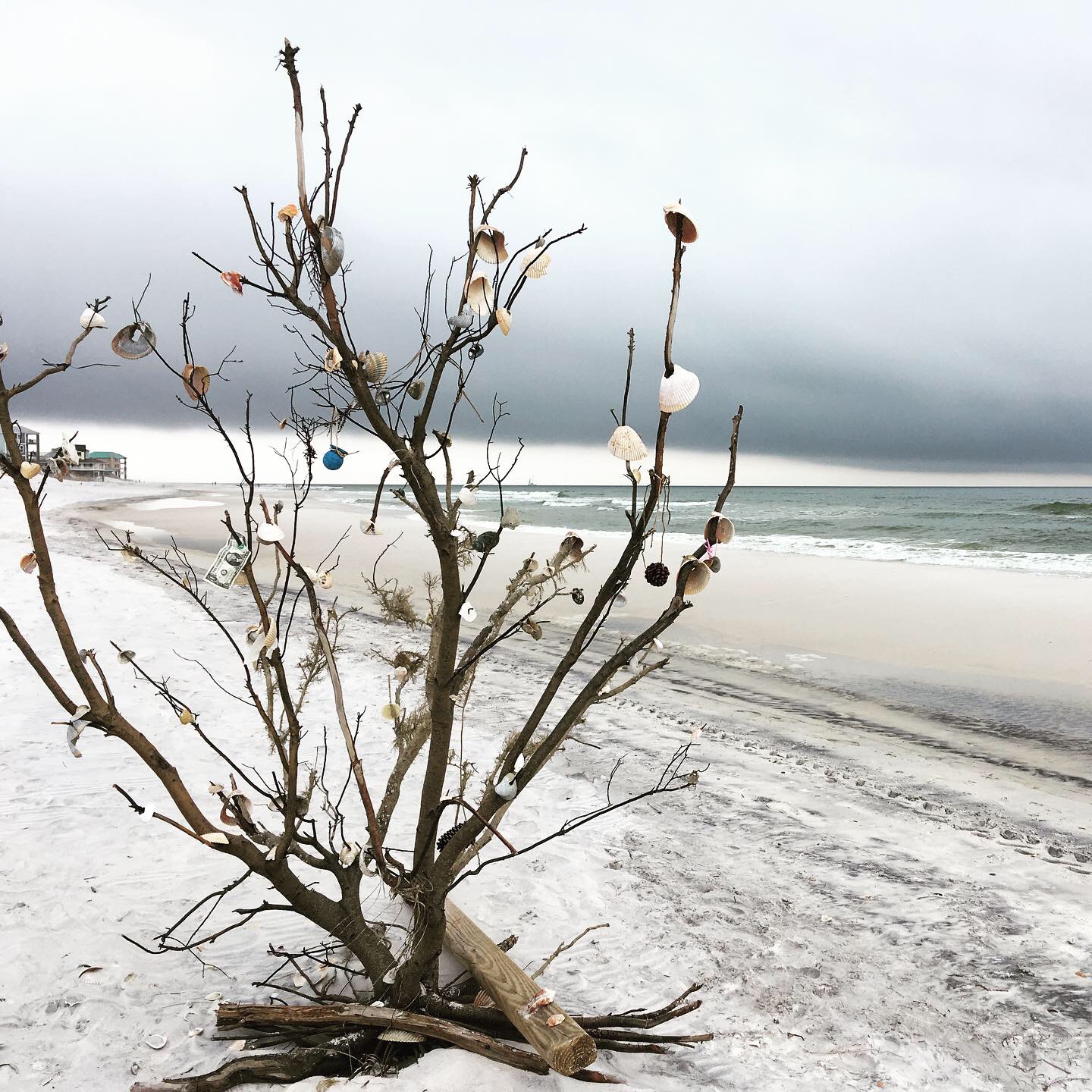